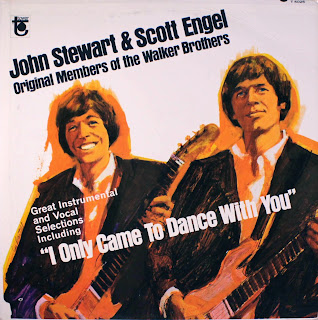 This largely instrumental record was no doubt released by Tower to cash in on the early success of the Walker Brothers, and I'm guessing that Scott "Walker" Engel probably had little involvement. But still, it's not so bad as these things go. And since Mr. Walker has new album out - "Soused," featuring Sunn O))) - I thought it might be interesting to compare where he came from to where he is now. Turns out, there is no comparison.