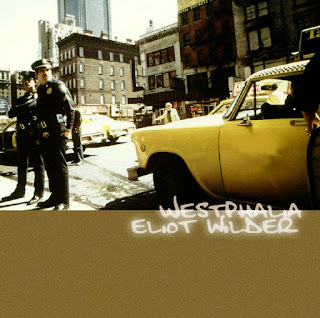 "Westphalia" was my fourth album, and even though several songs were done at least in part at Woolly Mammoth Studios in Boston, most of it was recorded on my own. In fact, the very first track I made for it, "Dime in My Pocket," was the first one I ever did solely at home. In the beginning I thought it would just be a demo, but the more I worked on it and the more it started to come together, the more I thought, "Hey, I can do this." The song itself is a bit strange - very few rhymes and I'm not sure exactly what it is about - but what it taught me was how to create a certain feel, and that was as important as just about anything else. Overall, I think this is me at my most unhinged, my head ringing with possibilities.