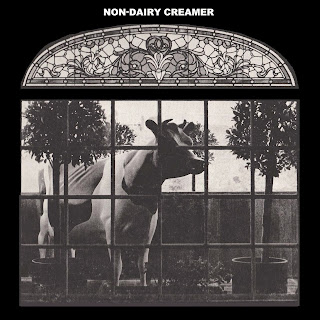 During the late 1960s and into the early '70s, Warner/Reprise was really at the cutting edge for a mainstream label, and one of the cool things this Burbank-based operation did was put out a series of samplers known as "loss leaders," whose purpose was show off its eccentric roster. These records were inexpensive (I recall stuffing $2 in an envelope to get my copy of "The Big Ball," which I still treasure), but thoughtfully compiled and annotated. "Non-Dairy Creamer" demonstrates just how eclectic the label truly was, featuring artists such as Little Feat, Tony Joe White and Ron Nagle. I can post more if anyone is interested.