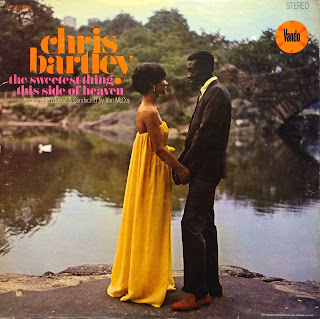 Signed in 1967 by Van McCoy to his newly formed Vandor Records label, Chris Bartley and the label scored a Top 40 pop hit and a Top Ten R&B hit their first time out with the McCoy-authored "The Sweetest Thing This Side of Heaven," an achingly beautiful soul ballad. The song was successful enough to get Bartley national exposure and even some performing engagements in England and is one of the more findly remembered one-shot soul hits of its period, but it was only a one-shot - he was never able to duplicate its success despite several tries.