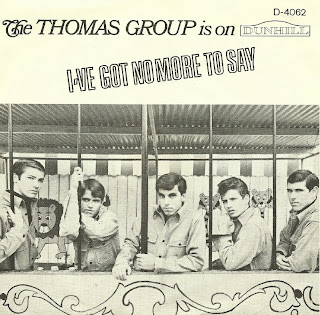 Here's an album so rare that it doesn't even exist. I comped it from the best sources I could find. Although this Dunhill band never went very far (not even far enough to make a full record), they did appear on Ed Sullivan, they had songwriting help from P.F. Sloan and Steve Barri, and members of the Wrecking Crew - Hal Blaine on drums, Joe Osborne on bass and Larry Knechtel on keyboards - provided backup. Despite all that, oblivion awaited.