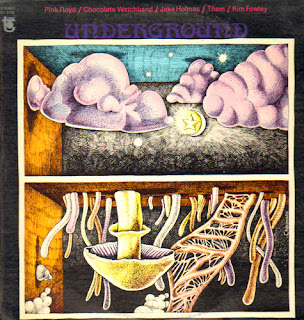 Tower, a subsidiary of Capitol Records, often released music by artists — such as the Standells and the Chocolate Watchband — who were relatively low profile in comparison to those released on the parent label. This compilation, which includes tracks by the late Kim Fowley and early Pink Floyd, demonstrates just how oddball this label was. If you're interested in more from Tower, Rockin' Bandit recently posted an eight-part series that gathers together a boatload of singles.